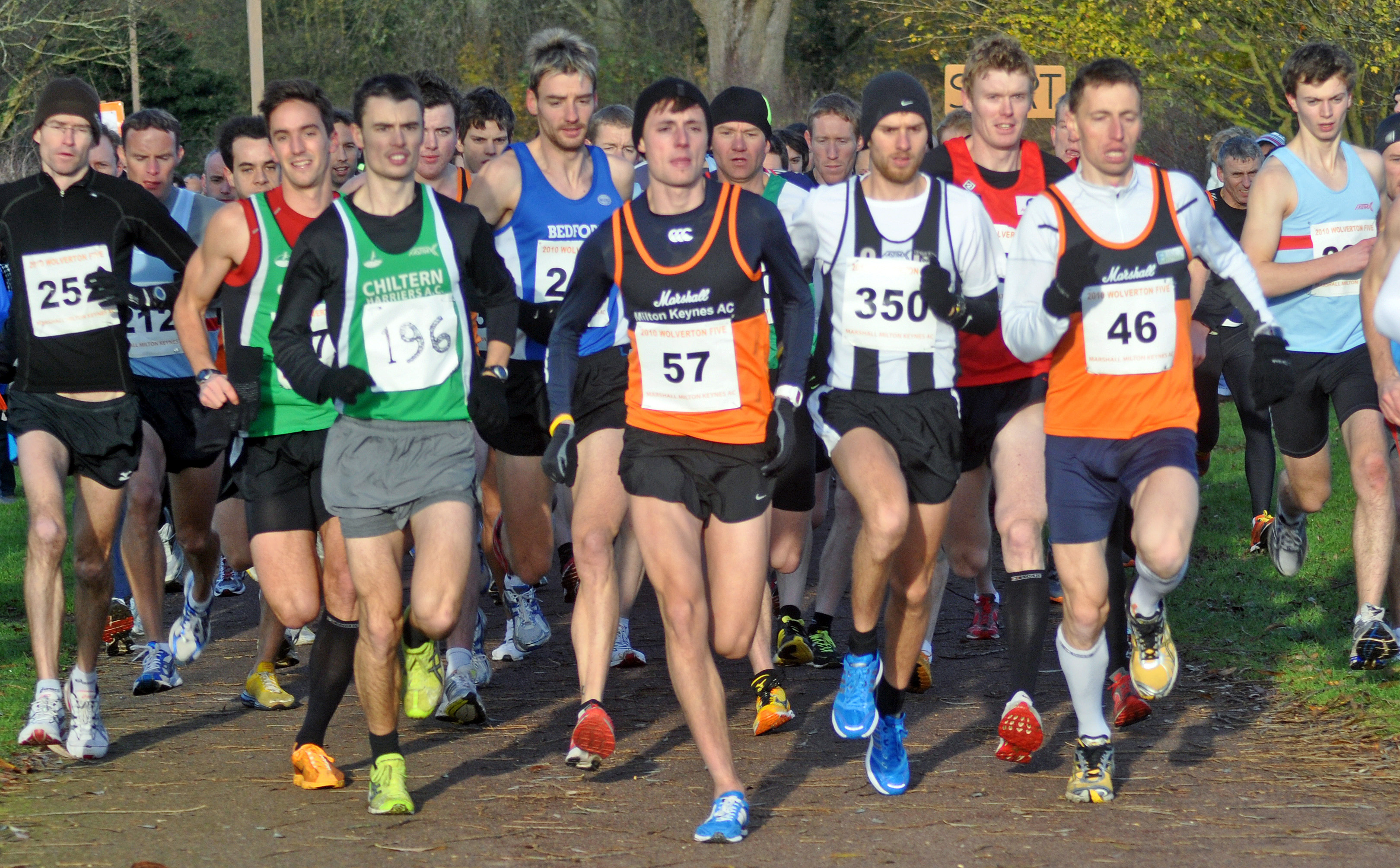 History of the Race

The first Wolverton 5 Mile Road Race was held in 1965 and has been held every year since that time, on the last Saturday in November. The early races were organised by the then Chairman and now President, Milford Callow, and his wife Rose holds the distinction of having officiated at every single race. The first winner was Mike Price (Bristol) in 24.10. The following year, this record was reduced to 23.34 by Tony Sunderland (Shaftesbury Harriers). This record held until 1969 until Ron Grove (Leicester Coritanian) reduced it to 23.20. This record held until 1980, despite some excellent performances from international athletes, Tony Simmonds and  (Luton). The 1980 race was a tremendous contest between international steeplechasers, Roger Hackney and Gordon Rimmer, with Rimmer getting the edge in 23.08. The biggest ever field in the Wolverton 5 was in 1981 when there were over 700 entries and 530 finishers.

By 1991, the two-lap course round the Wolverton Railway works was becoming heavily congested and the decision was taken to move the race to Willen Lake, where it has been held ever since. The course has remained essentially the same, involving two laps of fast, traffic-free redways. Registration/Numbers and Refreshments will be available at Camphill Milton Keynes on  off Brickhill Street (V10) with ample parking. In 1992, British international, Alison Wyeth, recorded the super-fast time of 26.21. This was the fastest five-mile time by a woman in any British race in 1992 and remains the race record. The following year it was the men's turn when Justin Hobbs (Cardiff) ran the fastest five-mile time by a man in any British race in 1993, recording 23.01. In 1995 the course round Willen Lake was modified to improve the finish. The best times on this new course are 23.35 by Julien Moorhouse, set in 1999, and 26.36 by Liz Talbot (now Liz Yelling), set in 1996. Keith Cullen won the race in 2003 in 23:46. Prizes of £100 are offered to the first man to break 23 minutes and the first woman to break 26.20.