Sponsored by Results Base and Body Limits

The 54th Wolverton (Willen) 5 mile road race will be held on Sunday 25 November 2018, starting at 11am. This year the race will start and finish at a new position on Willen Lake (see map here).

And, just to confirm it, that is SUNDAY and not the 'traditional' Saturday and that the venue has also changed!

An administration fee of £1 will be applied to each entry by our online entry system partner, Results Base.

From Junction 14 of the M1 Motorway, head for Milton Keynes; At the first roundabout, turn right onto the A509; Over the first roundabout and at the second turn left onto the V10, Brickhill Street; Follow car parks signs into the Willen Lake car parks. Please note that these are pay and display (pay on exit).

UPDATED: The race registration and number collection (plus toilets and changing facilities) is now at the Willen Lake Splash Park, with the Start/Finish area on the Events Field in front of the Splash Park.

Please note that no numbers or information will be issued prior to the race. Numbers and chips can be collected on race day, so please allow sufficient time to collect your number.

History of the race

By 1991, the two-lap course round the Wolverton Railway works was becoming heavily congested and the decision was taken to move the race to Willen Lake, where it has been held ever since. The course has remained essentially the same, involving two laps of fast, traffic-free redways. Registration/Numbers will be available at Willen Lakeside (near the Peace Pagoda) off Brickhill Street (V10) with ample parking. In 1992, British international, Alison Wyeth, recorded the super-fast time of 26.21. This was the fastest five-mile time by a woman in any British race in 1992 and remains the race record. The following year it was the men's turn when Justin Hobbs (Cardiff) ran the fastest five-mile time by a man in any British race in 1993, recording 23.01. In 1995 the course round Willen Lake was modified to improve the finish. The best times on this new course are 23.35 by Julien Moorhouse, set in 1999, and 26.36 by Liz Talbot (now Liz Yelling), set in 1996. Keith Cullen won the race in 2003 in 23:46. Prizes of £100 are offered to the first man to break 23 minutes and the first woman to break 26.20. 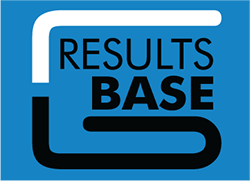